On the occasion of its annual donation, Banque Raiffeisen, as a cooperative bank active and engaged in the local market of Luxembourg, and its members support different Luxembourg associations. A total of seven associations received a donation, three of which received theirs by OPERA members.

It is within this context that Banque Raiffeisen has presented checks worth € 5,000 each to various non-profit associations, namely:

These OPERA points can be used among other things to pay the fee for payment cards or to build up savings, but also to make a donation to a charity.

This year the associations "Fondatioun Kriibskrank Kanner", an association that accompanies families of children with cancer or other rare, life-threatening diseases, "Fondation Lëtzebuerger Blannevereenegung", which aims to improve the fate of the blind and visually impaired as well as to defend their interests and "Blëtz", an association that aims to help people affected by a stroke, were chosen to receive a donation from the Raiffeisen members.

These associations were handed a check worth €  5,000 each on behalf of the Raiffeisen members at a reception organized at the Bank's headquarters in Leudelange. 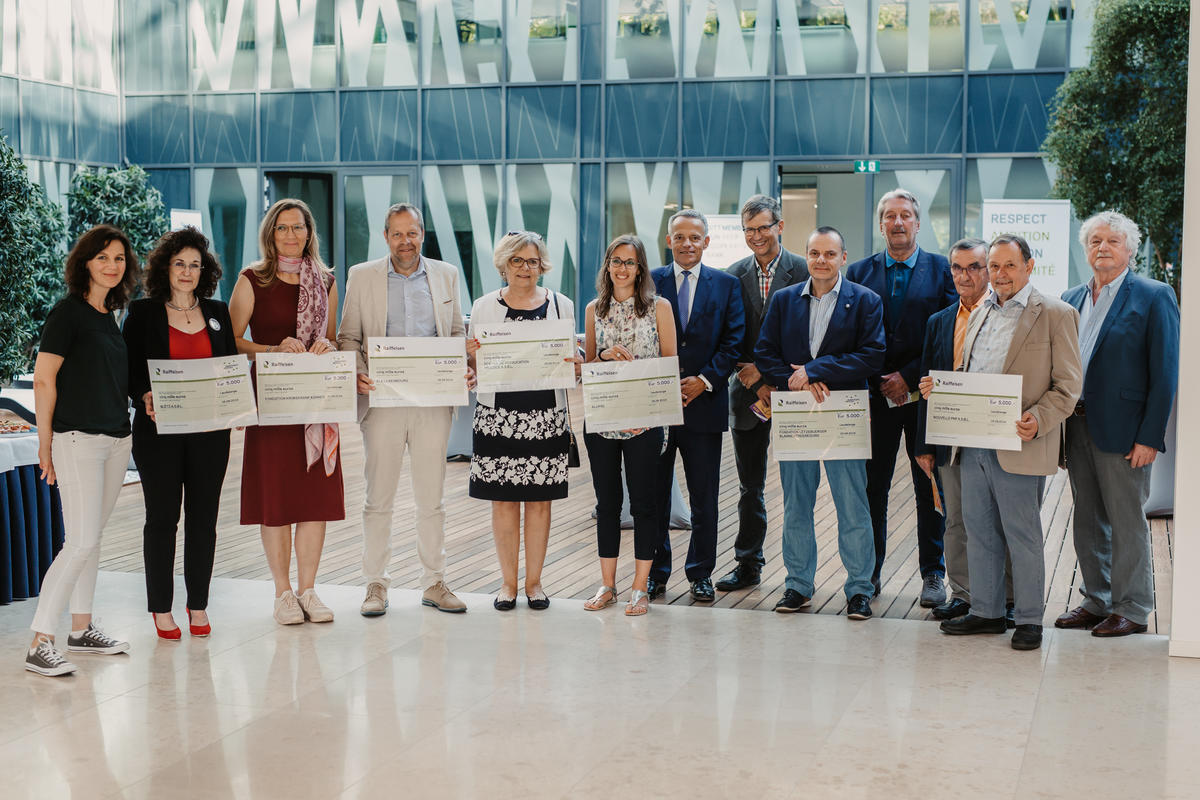